When I first released Critic, I made what I believed was the simplest feature set possible to provide product teams with actionable customer feedback: a text description of user problems, JSON metadata, and a log file attachment. Multiple file attachments were a “nice to have” that might be worth implementing, but were not necessary to validate my initial product idea.

I’ve since added support for multiple file attachments on a single Critic report. This does not introduce a breaking change to the Critic API. Existing integrations will continue working just fine. However, there are great use cases for uploading multiple files with your feedback reports. This post explores a few possibilities to consider when collecting user feedback in your product.

Sometimes a user’s description of a problem may not make it clear what is happening. Even logs may miss important details. When a reported problem involves the user experience or user interface, you may need to actually see what is happening on the user’s screen. Now you can capture screenshots alongside logs and text descriptions of problems with Critic’s multiple file attachments feature. 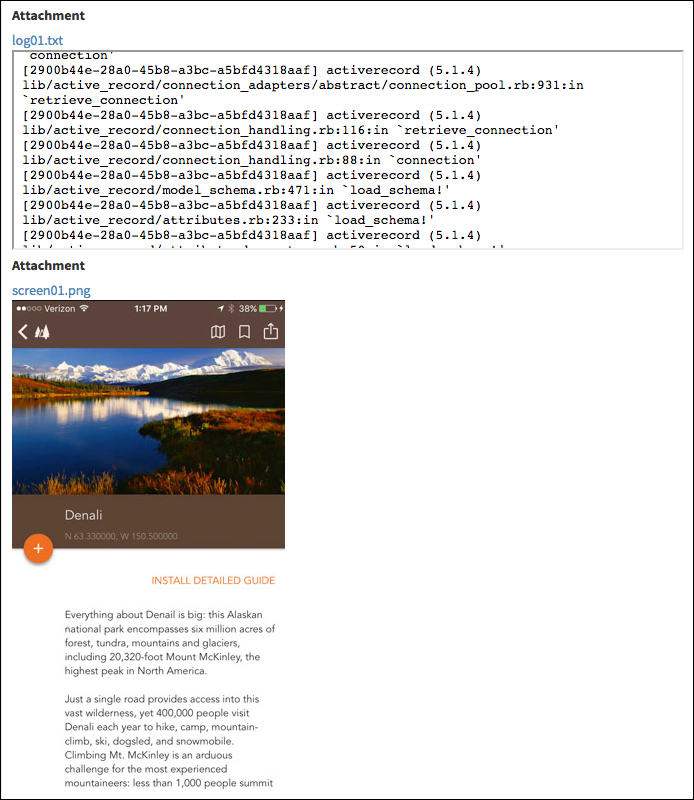 Critic report view with multiple file attachments, a log file and a screenshot

When a user submits a feedback report, include multiple screenshots and log files in a single report. You can visually inspect problems on the screen while reviewing logs to uncover defects related to the user’s reported experience. This is much more powerful than having to choose which type of information is most relevant to a submitted report. Include everything you need in a single report to capture the whole picture.

An early Critic adopter’s first question was “can I upload multiple log files?” It’s common practice in software development to set up a log rotation as part of application logging. Log rotation gives you rolling logs for the past 7 to 14 days. You will need that historical information for troubleshooting some applications. Long-lived processes or scheduled jobs in software may have information relevant to a user’s problem, despite having executed hours or days ago. 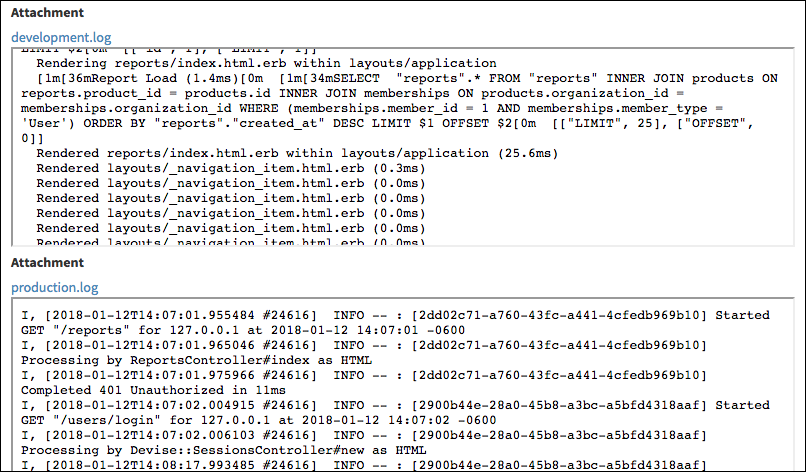 When a user submits a report, a screenshot of the most recently visited screen may not give you enough information. In fact, it may give you useless information! Depending on how a user reaches the feedback reporting screen in your software, the previously viewed screen may not be the one the user cares about. With the multiple file attachments feature, you can now send Critic reports that include a series of screenshots. This opens possibilities for examining the user’s path through the app, giving you better information to diagnose the problem.

Sending multiple screenshots is especially useful when diagnosing hard-to-reproduce UI or UX problems. You will be able to identify how a user was able to get into an undesirable state. Follow the user’s path to understand what they clicked, what they viewed, and what they experienced.

While log files and screenshots are what I personally anticipate for file attachments, perhaps you have a different need. You may need customer feedback that includes photos, videos, audio recordings, or even a SQLite database file. The possibilities are endless, and Critic will help you capture the data you need. If you already have a Critic account,  try it out for yourself.